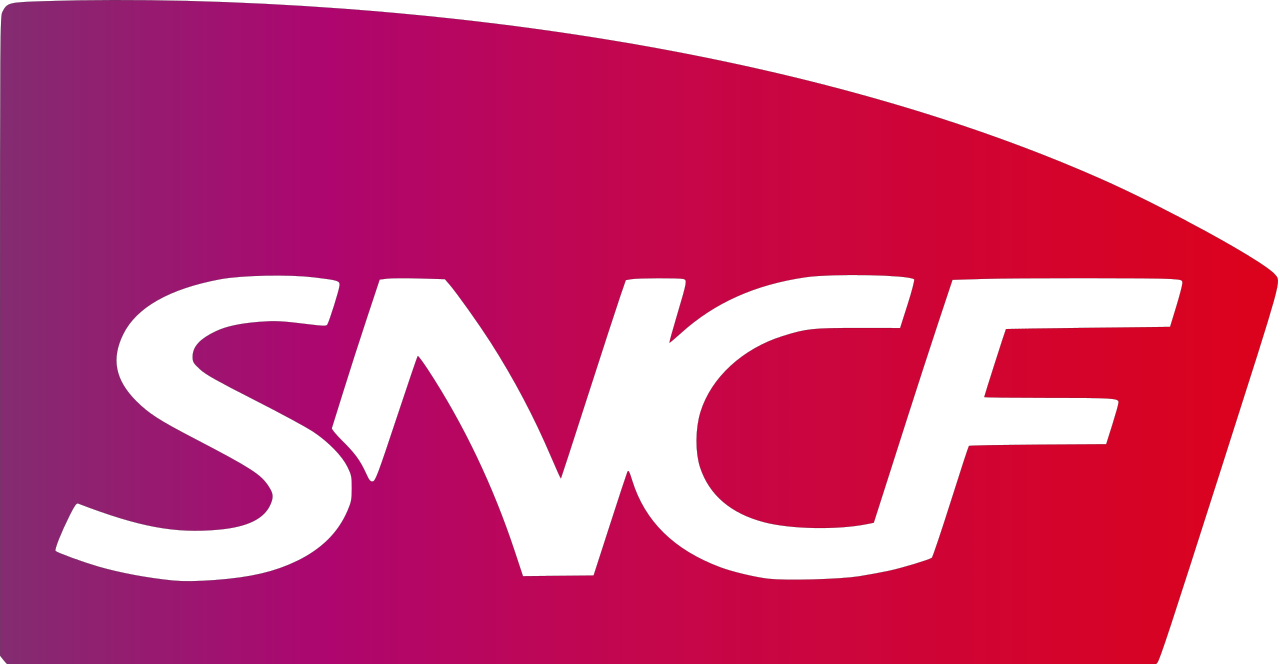 Travelling with SNCF allows you to discover the wonders of France by train. SNCF trains take you to all corners of France, as well as to international destinations like Spain and Germany. There are three major SNCF trains you can take – TGV, TER and Intercities. These SNCF trains will take you on national, regional and local routes, including high-speed trains from Paris train stations.

Travel in France this summer for €49 or less

Go on a (re) discovery of France this summer. SNCF have released 3 million TGV INOUI, OUIGO and INTERCITÉS tickets for €49 or less, for trips in France from 1st July til 30th August.*

Good news: tickets are exchangeable and refundable free of charge. If you’d like to exchange, you only have to pay the price difference. Wearing a mask remains compulsory. Find all the latest information about train travel in France on our dedicated page.

3 million tickets are available at a maximum price of €49, on sale from 03/06/2020 for trips from 01/07/2020 to 30/08/2020 on INOUI, INTERCITÉS and OUIGO TGV trains. Price includes VAT per person and per adult, in Second Class only, available on a selection of destinations in France accessible within the limit of the places available at this price on eligible trains. Exchangeable and refundable tickets subject to conditions (exemption from exchange fees and reimbursement. In the case of an exchange, you must pay the price difference of the new ticket.) Offer available only as an eticket on INOUI TGV trains, OUIGO and INTERCITÉS, cannot be combined with any other current promotion, advantage code or reduced SNCF fare (excluding the Advantage Card).

Travelling through France by train gives you a fantastic perspective of this vast country, that you don't get from flying or driving. With the size of France, and the ever-changing cultures and scenery, it can be very easy to lose track of where you are. This map can help you plot your way around France, and find the best route for you.

If you’re interested in seeing where your SNCF train is travelling in France, and where you’ll be in the country once you reach your destination, then take a look at our SNCF map overview. Highlighting the main stations and route across France, this is a great way to plot your journey around France, making it quick and easy to plan your holiday.

If you're still looking for some ideas of where to take the travel to in France, visit our trains in France page for some extra inspiration.

There will be strikes taking place in December 2019, organised by SNCF workers' unions. For more information on how to navigate the disruptions, visit our SNCF Strikes page.

Using our journey planner, you can access SNCF train times and information for your selected route. This includes departure and arrival times, seating plans, direct and non-direct options and what type of trains you'll travel on.

When travelling with SNCF, you'll be on either a TGV, TER, or Intercities service. These trains provide different services across the country. Discover each train type, their destinations and what you can expect to find onboard below.

TGV trains are the flagship fleet run by SNCF. The high-speed TGV trains depart and arrive from Paris on a daily basis, with destinations including Marseille, Nice, Strasbourg, Lyon and Bordeaux. TGV trains are also extremely popular due to their double-decker style carriages, enabling them huge numbers of passengers on every route while providing stunning views for those lucky enough to grab a spot on the upper deck.

TGV trains have both First and Second Class carriages so depending on your budget, there are two options for you to choose from. When travelling in First Class expect to find excellent comfort and amenities such as power sockets (local and European), hot drink holders and headrests. Seats are arranged in a 2 + 1 formation so, there is much more space onboard First Class carriages compared to Second Class. There’s also a food carriage (cafe-bar) on most trains, providing hot meals and beverages. For speedy service, use the free WiFi to order your food from your seat and skip the queue when you pick up.

SNCF Intercities trains serve major stations and destinations in all parts of France. These SNCF trains link the major Paris stations with destinations such as Le Havre, Lyon and Bordeaux in comfort and speed. Intercities trains also operate at night so if you have an early start or want to save forking out on hotel rooms, these journeys could be perfect.

When travelling onboard, there are many different facilities that cater to all different travellers. There are quiet zones should you want to relax and maybe catch some sleep while you travel. If you’re in a group, then you can ride in seats of four grouped around a table, creating a place to chat and relax as you glide through France. If you’re travelling with young children, then there are selected Intercities that have special play area compartments. These are ideal for those that want to keep their children occupied while travelling over long distances.

If you are travelling within a region of France and want to move about effortlessly and quickly, then you may find yourself on a TER train. SNCF dedicate the TER trains to shorter routes around France. TER trains aren't high-speed and often stop more frequently, but if you don't mind station hopping, then these are a very convenient and very cost-effective way to get around the country.

TER trains are the most frequently run in France, with up to 7,500 services a day across the country! As well as regional routes, TER services are also important commuter trains into and departing most major French cities.

There's more to the SNCF network than the TGV, TER and Intercity trains. SNCF also part own a number of other train services across Europe.

Ouigo is a high-speed, yet low-cost train service that provides passengers with long-distance services across France. While only available on four routes, if you're travelling to a city or town with Ouigo, get yourself a bargain while these tickets are up for grabs.

You can also travel to Barcelona on a Renfe-SNCF train. Operated in partnership with Spanish train operator Renfe, this cross-country train operator connects cities in southern France such as Toulouse with the Catalonia region of Spain.

On trains to Belgium, you'll find yourself on another part-owned train service called Thalys. These high-speed trains travel from Paris, calling at cities such as Brussels, Rotterdam and Amsterdam.

There are a number of different SNCF tickets you can buy when travelling around France by train. Depending on the flexibility of your travel time and date, you’ll be able to decide which type of ticket is best for you. Here, we’ll break down the main types of SNCF tickets, and explain how each works on different trains.

These tickets are non-refundable or exchangeable, so you must be able to travel on that particular train, or you’ll lose your money. If a Prem's ticket is available, we'll show it in our Journey Planner as Prem's.

A new type of fare introduced in May 2019, these tickets are valid for Second Class travel on TGV and Intercities SNCF trains. Prices increase as the departure date approaches so be sure to book in advance to secure cheaper fares.

Also introduced in May 2019 by SNCF, this fare is valid for First Class travel on TGV and Intercities trains. Prices increase as the date of departure approaches, so book in advance when possible.

This fare is valid for travel in First Class only, as well as access to Premium services such as access to the Grand Voyageur lounge in the station, priority boarding, drinks and newspapers and free WiFi on TGV trains. Unlike Second or First Class tickets, Business First has a flat rate fare.

Business First tickets are fully flexible, exchangeable and refundable. When booking with us, these tickets are labelled as Business Premiere in our Journey Planner.

With the Prem's, Second and First Class tickets, we recommend that you book these tickets as far in advance as possible (usually available up to three months in advance). This is the best possible way of getting cheap train tickets in France. Not only will this give you peace of mind that the tickets have been bought, but they will also be cheaper. French train ticket prices typically rise as the departure date gets nearer, so if you know when you want to travel, then get a booking to save more money!

Travelling with SNCF? Find out everything you need to know about luggage allowance, pets and other SNCF onboard facilities here

How early can I buy an SNCF ticket?

Prem's, Second and First Class tickets go on sale up to three months in advance before the day of travel. Buying them earlier can also reduce the cost of the ticket, so getting them sooner rather than later is certainly recommended to secure tickets at their cheapest.

Can I travel on SNCF with my Eurail pass?

Yes, you can! All SNCF trains are available to use with a Eurail Pass, and depending on which pass you buy, there may be unlimited use on them as well. It's worth noting, you may be required to reserve on certain trains such as the TGV or on night services, which could incur an additional fee.

SNCF is state-owned and has been since it was first formed in 1938. 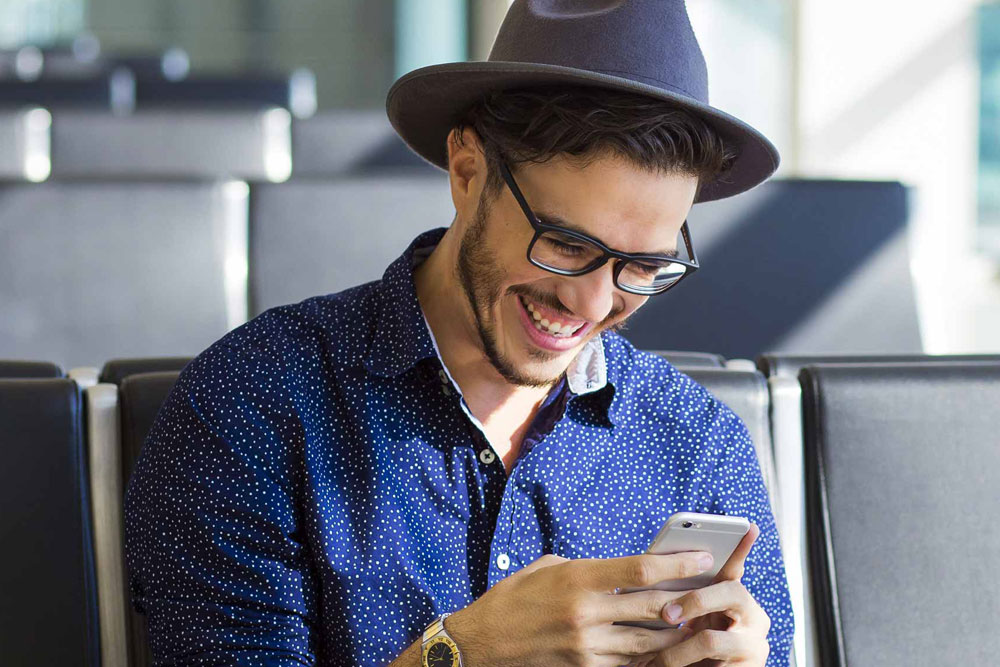