Save 32% on average when you buy in advance†

Whether with family or friends, a train trip to Disneyland Paris promises to be a magical trip away. With so much to see and do at Disneyland, you will discover a world of full of childhood heroes. In recent years, characters from Star Wars and the Marvel franchise have joined Mickey and company. In addition to the roller coaster, hotels and even a golf course in Disneyland, you’ll also find Disney Village. Home to several Disney-themed restaurants, bars and shops, there is so much to see at Disneyland Paris!

Book your train to Disneyland Paris

All trains for Disneyland Paris arrive at Marne-la-Vallée Chessy station. Opened in 1992, today it welcomes several hundred thousand passengers a year. In addition to travellers who come to explore Disneyland Park, the nearby Walt Disney Studios Park and Disney Village, this train station also serves the residents of Seine-et-Marne.

France has an excellent high-speed rail network, administered by France’s national railway company, SNCF. High-speed services in France are known as Train à Grande Vitesse (TGV) – which literally translates to “high-speed train”. The TGV network covers the length and breadth of the country, including Disneyland Paris’ station, Marne-la-Vallée Chessy. That means you can get from almost any main city in France to Disneyland in a matter of hours. Here are some of the most popular connections by TGV:

Just about the only place you can’t catch a high-speed connection to Disneyland from is central Paris! The park is in a suburban area about 32km to the east of the city centre as the crow flies. To get to Disneyland, you’ll have to catch a RER (Regional Express Network) train to Marne-la-Vallée Chessy – specifically the RER “A4” line in the direction of Marne-la-Vallée. RER trains are slower, suburban trains used by commuters. The journey will take around 40 minutes from the city centre. There’s no need to buy RER tickets in advance, you’ll be able to pick them up from a vending machine in an RER station.

If you are flying into Paris Charles de Gaulle (CDG) Airport to visit Disneyland, we’d recommend heading to the park straight from the airport rather than via Paris city centre. As shown in the table above, there is a high-speed TGV connection direct from Paris CDG which takes just 9 minutes. If you fly into Paris Orly Airport, catch the Magical Shuttle bus service run by Disneyland Paris. Book your ticket for the shuttle bus online.

Thanks to Europe’s efficient rail network, you can easily travel from Belgium, the Netherlands and the UK to Disneyland Paris on the train. Some services, such as those from Brussels and London, are direct – others require one or two changes. Below you’ll find the most common international connections to Marne-la-Vallée Chessy:

London to Disneyland Paris on the Eurostar

Travelling from London, you have two options to get to Disneyland. The first route is a direct service from London St Pancras International to Marne-la-Vallée Chessy on the Eurostar. This is the fastest route to Disneyland but only runs at certain times, such as school holidays and bank holidays. You can also hop on the train at Ebbsfleet International or Ashford International in Kent if you’re based in the South East. The direct service takes 2h 40m; whenever it’s available, we’ll show you in our booking process.

If you’ve never taken the Eurostar before, have a read of these top tips before setting off. First, remember to bring your passport to London St Pancras International! You’ll have to go through customs and a security check at St Pancras, as if you were taking a flight. We would recommend arriving at least 45 minutes before the train is scheduled to depart. Second, there are no restrictions on the volume of liquid allowed on board. There are, however, some restrictions on alcohol consumption – each passenger is allowed a maximum of four cans of lager or one bottle of wine, and no spirits. Finally, there are no weight restrictions that apply to baggage, but you’re allowed a maximum of two suitcases up to 85cm long at its widest point.

For more information on travelling from London to Disneyland Paris, visit our dedicated information page for the journey.

On leaving the station, the first park you will catch a glimpse of will be Walt Disney Studios. Here you can get a sneak peek of how Disney animation films are made.  You can also hop on rides and watch shows from many of Disney’s most famous films. These include Buzz and Woody from Toy Story and Lightning McQueen from Cars. With the recent purchase of the Star Wars franchise, you can now also immerse yourself in a galaxy far, far away…

In the Disney Village, numerous shops, themed restaurants and a 15-room multiplex line up along wide, colourful arteries. In the village, a balloon rises 100 metres high and provides an exceptional panorama of the whole region. On the other side of the rails, there is a wide selection of hotels bordering Lake Buena Vista.

The traditional park of Disneyland Paris is home to the main attractions of the complex. This is where the famous castle of Sleeping Beauty is located. The best way to start your visit to Disneyland Paris is by walking along Main Street. Paying homage to the era in which Disney first came to prominence, Main Street has a roaring ‘20s feel and is perfect for souvenirs and food. Most of the daily Disney parades travel down Main Street, so make sure to grab a spot early to get the best views!

The different corners of the park have been turned into four enchanted lands: Adventureland, Fantasyland, Frontierland and Discoveryland. For thrill seekers, different kinds of roller coasters come at great speed through the themed scenery. At the end of each day, the main Disneyland Paris park puts on a spectacular fireworks display, providing the perfect end to a magical day.

Still stuck for ideas? Check out some of our guides to spending time at Disneyland Paris.

A weekend in Disneyland Paris itinerary

An epic train vs. plane race to Disneyland Paris 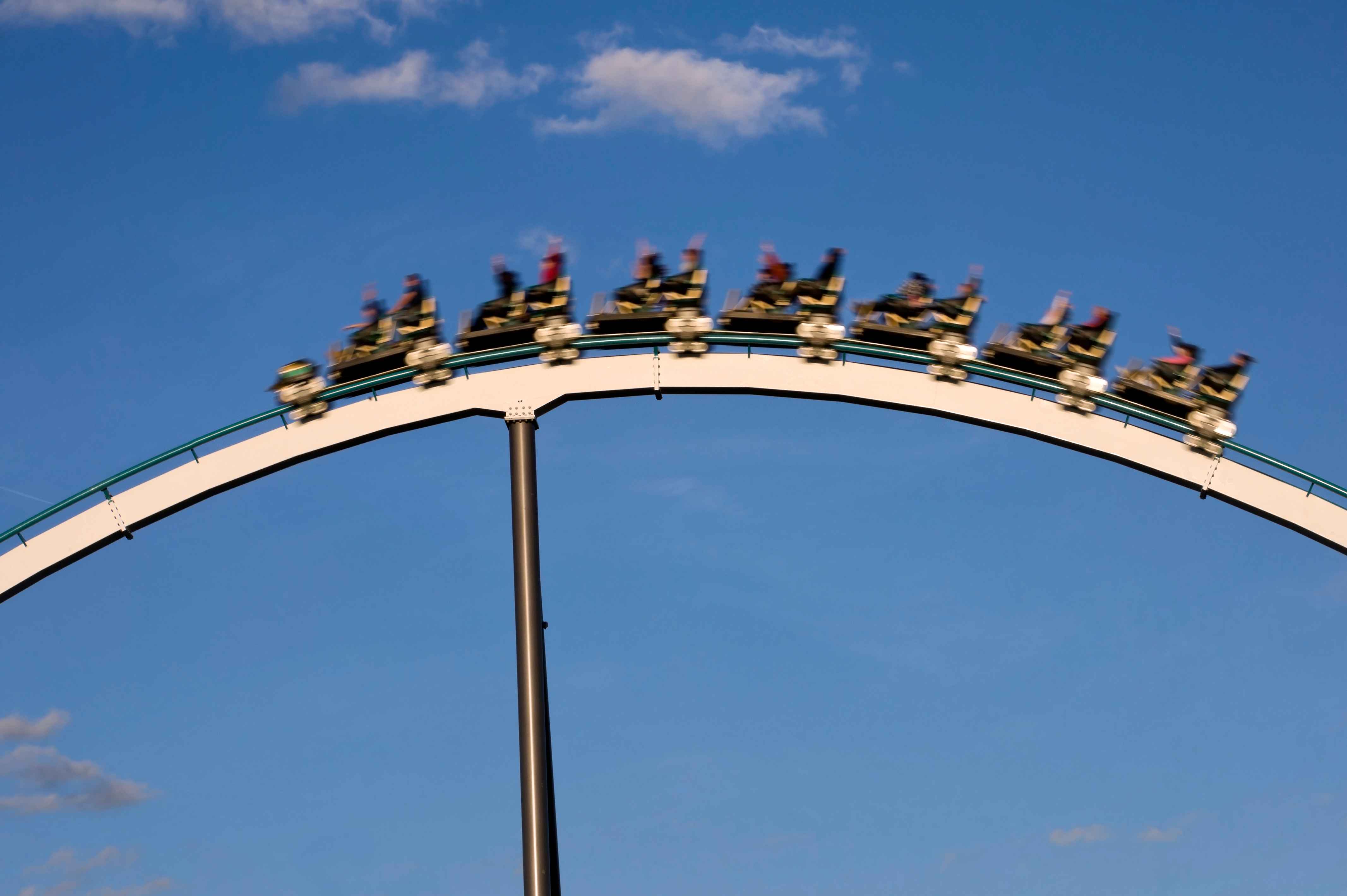 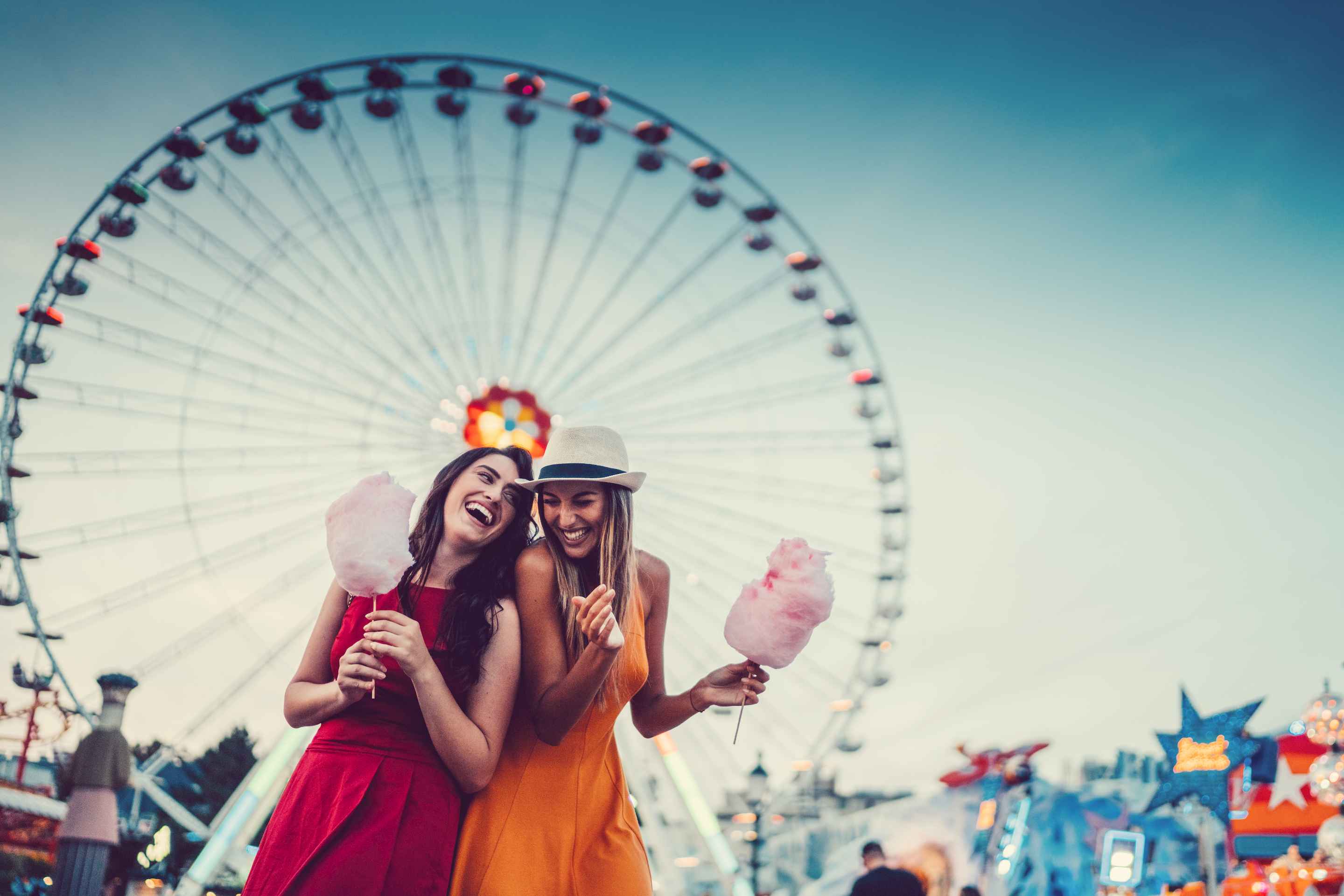