Intercity Travel by Train in Russia

Travelling by train in Russia is an easy and accessible way to get around this vast country. The high-speed Sapsan train connects Moscow to the major cities of St Petersburg and Nizhny Novgorod, with journeys taking only 3 to 4 hours. The famous Trans-Siberian Express service also runs from Moscow in west Russia to Vladivostok in the east and is one of the world’s longest train journeys, spanning eight different time zones and also taking eight days to complete. Another popular route in Russia is the Golden Ring train route which connects Moscow with a collection of historical cities in western Russia. 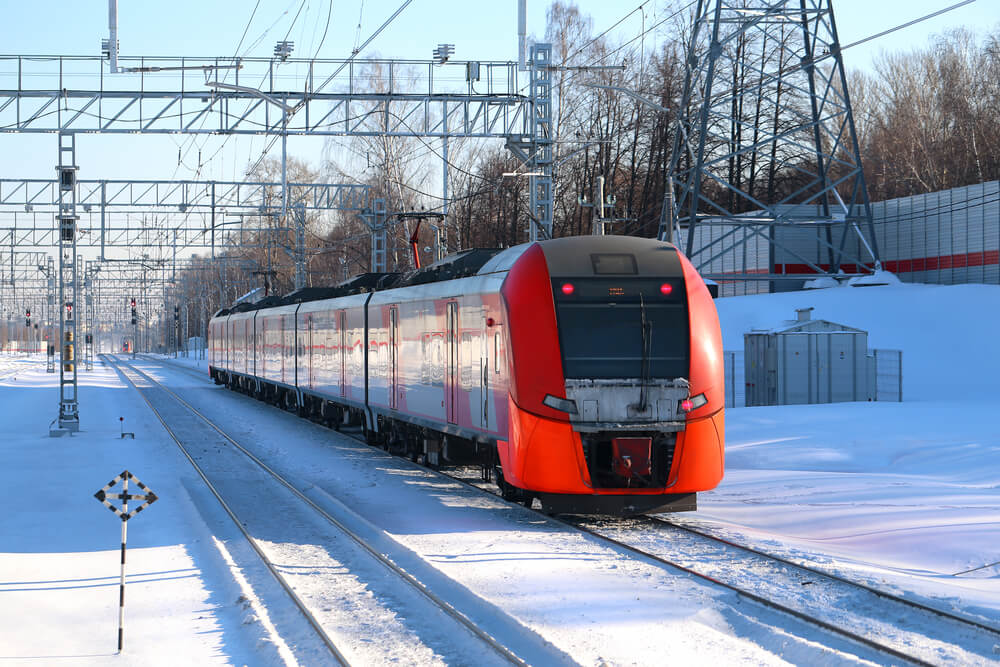 Ready to book your trains in Russia?

Trainline is a partner of Real Russia, the Russian travel experts.

The process to buy Russian train tickets is very easy. All you need to do is enter the city of departure and arrival, travel dates and choose your preferred currency. Once you click on "search" you will see the trains, timetables, prices and services available for your search. The "Firm" option indicates Firmeny night-time luxury trains. Once the train has been chosen, select "continue", and a new page will open where you have to specify the number of passengers.

By clicking "continue" you will see the payment page. Before paying by credit card or debit card you will be asked to choose between the following ticket options:

Types of trains in Russia

The trains in Russia are operated by Russian Railways called "Rossijskie železnye Dorogi" or RŽD, literally "railroad tracks of Russia". On most trains the on-board staff speak Russian and English. There are five main categories of Russian Railways trains:

Trains from Moscow and St. Petersburg airports to the city centre

The centre of Moscow is well connected to the three airports of the capital through the Aeroexpress fast train service. Regular trains connect Domodedovo, Sheremetyevo and Vnukovo airports with Moscow Central Station (Leningradsky Station). In addition, all 14 Moscow metro lines connect to the five railway stations of the city.

The Pulkovo airport in Saint Petersburg is located about 25 km from the city centre and there are no trains departing from the airport. To reach the city centre you need to take the 39 or 39Ex bus which will take you to the Moskovskaya metro station in 20 minutes, from there you can continue to the city centre by metro. The 39 bus service starts at 5:25 in the morning up until 00:20 at night and tickets costs 30 rubles (pounds and euros are not accepted). 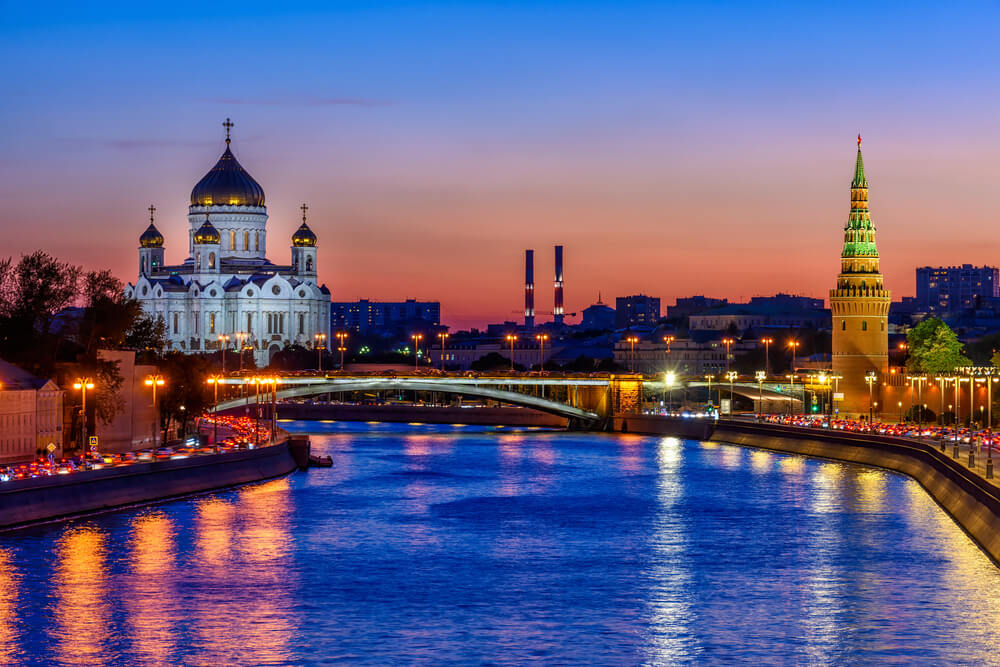 The railway stations in Moscow

Leningradsky station (trains to the north) to and from St. Petersburg, Novgorod, Tallinn and Helsinki.

Kazansky Station (trains to the south) to and from Kazan, Rostov-on-Don, Samara, Ufa and Krasnoyarsk.

Yaroslavsky station (trains to the west including the Trans-Siberian trains) to and from Ekaterinburg, Irkutsk, Novosibirsk, Vladivostock.

Kursky Station: trains to and from Vladimir, Krasnodar, Rostov-on-Don.

Trains run to Riga from the Rizhsky station and trains to Kiev leave from Kievsky station.

The railway stations in St. Petersburg

Moskovsky Station (trains south) to and from Moscow, Novgorod.

The Trans-Siberian Express, one of the world’s longest and most famous train routes, runs through Russia. The journey connects Moscow and western Russia to far eastern Vladivostok. It passes through the Siberian wilderness, with impressive views of the Yenisei river, Lake Baikal, and the vast mountains and grasslands of Siberia. The train departs every 2nd day and the journey takes 6 days. Black and white posts on the side of the track, are placed every kilometre, indicating how far the train is from Moscow.

Many choose to break up the journey by staying overnight in some places. Vladimir might be the first of these. Only 2 hours 30 minutes into the journey, this town contains four UNESCO world heritage cathedrals. Nizhny Novgorod is also on the journey, known as Russia’s third capital situated on the confluence of the Volga and Oka rivers. Down the line is Yekaterinburg, a larger city by population than Nizhny Novgorod, with plenty of museums and access to the Ural Mountains. Further down the line is Novosibirsk, the 3rd largest city in Russia. Later, the train stops at Krasnoyarsk, great for cruises along the Yenisei river, and Irkutsk, a popular starting point to explore Lake Baikal. Further still, Ulan Ude is well worth its visit, a former Mongolian colony which retains its influence today.

Alternatively many passengers take the train from Moscow to Beijing or vice versa. To do this, the Trans-Siberian express has two further branches. The first of these, known as the Trans-Mongolian route, travels from Moscow to Beijing, via Ulaanbaatar (the capital city of Mongolia). The second, the Trans-Manchurian route, is also from Moscow to Beijing, but this time via the Russian-influenced northern Chinese city of Harbin. Both routes pass the Great Wall of China. Trains run weekly and take 6 to 7 days. From Vladivostok, ferries run onwards to Japan via South Korea. Passengers arriving in Beijing can also take the train to Tianjin for ferries to South Korea or Shanghai for ferries to Japan. They can also take further connecting trains as far south as Singapore. 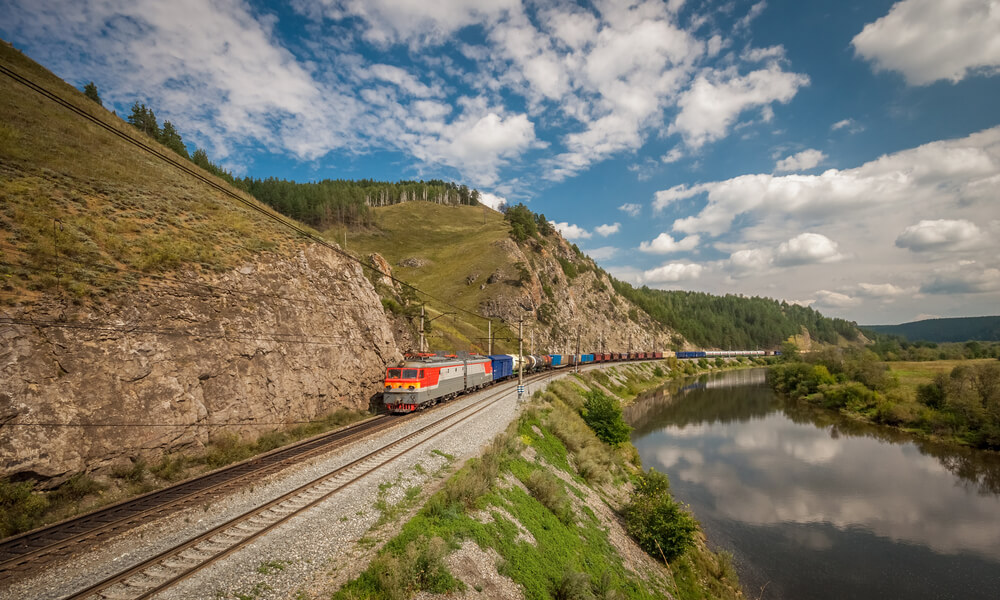 As mentioned previously in the section above "The railway system in Russia" there are 3 types of night trains: luxury trains Firmeny, express trains Skory and ordinary Passazhirsky trains.

Whatever train or class of travel you choose, before you get on your carriage the conductor (called "provodnik" if man or "provodnitsa" if woman) will check your ticket and your passport. Shortly after the departure, the conductor will go over and ask you again for the ticket and if you want some tea (in Russian "chai") or coffee (in Russian "kofie"). The controller could also ask you to pay a small fee for the sheets and pillow service (it is usually less than a pound).

Shortly after departure the conductor will also give you a sealed envelope containing two white sheets, a pillowcase and a small towel. Blankets and pillows are already arranged in the compartment. You have to make the bed yourself, but if you need assistance you can ask the conductor for help.

On the night trains at the beginning or end of each carriage there is a small refreshment area with a kettle (called "samovar") where you can make yourself a tea or an instant coffee but you must bring your own cup. All night trains have a restaurant carriage where you can buy hot and cold dishes, drinks and snacks at reasonable prices.

If you are traveling in a 2 or 4-person compartment, you can lock the compartment at night. Almost all the lower beds have a metal compartment where you can deposit your valuables that can only be opened by lifting the mattress.

If you have to leave the train in an intermediate stop before your final destination, remember to tell the conductor, so that he will wake up about 20 minutes before your stop.

If you are a woman traveling alone and you do not feel comfortable sleeping in a compartment with other men, you can ask the conductor to be moved, but in general trains in Russia are very safe.

Visiting the golden ring by train

With "golden ring" we mean a tourist itinerary that connects Moscow to a group of historical cities to the north-west of the capital that is characterized by a rich cultural, political and religious history; some of the main cities of the golden ring are Sergiev Posad, Suzdal, Vladimir, Rostov and Yaroslavl. The name "golden ring" derives from the numerous golden domes found in these cities. The train is the best way to explore this route because the services between the cities of the golden ring are cheap and frequent.

Most tourists leave Moscow's Yaroslavsky station and reach Sergiev Posad as the first stop in about an hour by train. In Sergiev Posad you can visit the Trinity Monastery of St. Sergius, the most important monastery and spiritual centre of the Russian Orthodox Church. From Sergiev Posad you can continue by train for about an hour and a half to the north visiting Rostov, famous for the Kremlin on the shores of the Black Lake (Kremlin meaning the complex holding medieval buildings in the heart of Russia's main cities) and then the charming town of Yaroslavl on the Volga river famous for the Kazan Chapel dedicated to Our Lady of Kazan, patron of the Russian army.

From Yaroslavl you can get to Kostroma in about an hour, where you can visit the Trinity Cathedral and the adjoining monastery.

One of the final stops on the golden ring route is the city of Vladimir, where you can visit the famous Golden Gate and the spectacular cathedrals of St. Demeter and of the Assumption. Vladimir is also perfect for those travellers looking to visit the beautiful city of Suzdal, one of the main centres of religious tourism in the country and famous for the Intercession monastery. From here you will need to take a bus or taxi 60km for approximately 40 minutes as there is no station in Suzdal. If you do take the bus, the bus station is just 2km from the city centre. On the walk in you can stop at the Vasilevsky Monastery before climbing the steps of the bell tower for views of the whole city.

From Vladimir you can return to Moscow, on the fastest train in 1 hour 40 minutes (the slower service takes around 2 hours 45 minutes), arriving in the capital at Kursky station.

Going from Russia to western Europe

Moscow is also well connected to Europe with direct trains running there from Paris, Berlin, Warsaw and other cities. In fact, it’s possible to get to Moscow from the UK in 48 hours, using the Eurostar to Paris and then the Paris-Moscow Express sleeper train. 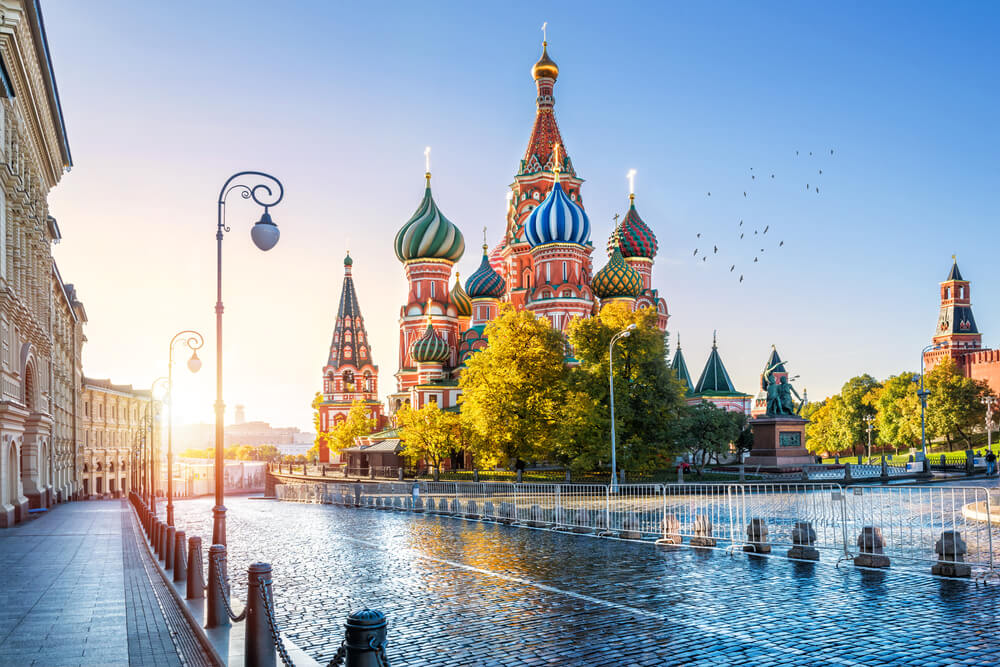 What to do in Russia

Moscow is the second largest megacity in Europe, eclipsed only by Istanbul. It therefore, has plenty to see and do. The city’s roads radiate outwards from the famous Red Square, which is overlooked by the Kremlin and the colourful Saint Basil’s cathedral. This all lights up at night in an impressive display. St Petersburg is also well worth visiting and its historic centre is a UNESCO world heritage site. The city offers a vast collection of impressive palaces, fortresses, estates and monuments to explore. Additionally, Nizhny Novgorod is a quaint city and the centre for river tourism in Russia.

For travellers with enough time on their hands, the Trans-Siberian Express offers a great chance to explore Russia’s vast expanse, stopping off at major towns along the way. The journey offers impressive views of the Yenisei River, the massive Lake Baikal, and the vast grasslands and mountains of Siberia. Depending on the direction of travel, the journey begins or ends in Vladivostok where the Golden Horn Bay looks out onto the Pacific Ocean.

Ready to book your trains in Russia?