Venice boasts many historic churches, and Santa Maria della Salute is another beautiful addition to your itinerary. Commonly known as the Salute, this Roman Catholic basilica sits at the city’s edge in Dorsoduro, Venice’s university district.

If you’re planning a trip to Venice, add a visit to the Basilica di Santa Maria della Salute to your schedule. Heading out to this beautiful church is a great way to escape the bustle of touristy San Marco for a while, seeing a part of the city many miss.

How to get to Santa Maria della Salute

Like the rest of Venice, you’ll have two options for getting to Santa Maria della Salute: on foot or by boat. If you want to take the water bus, get on a line 1 service and jump off at Salute. 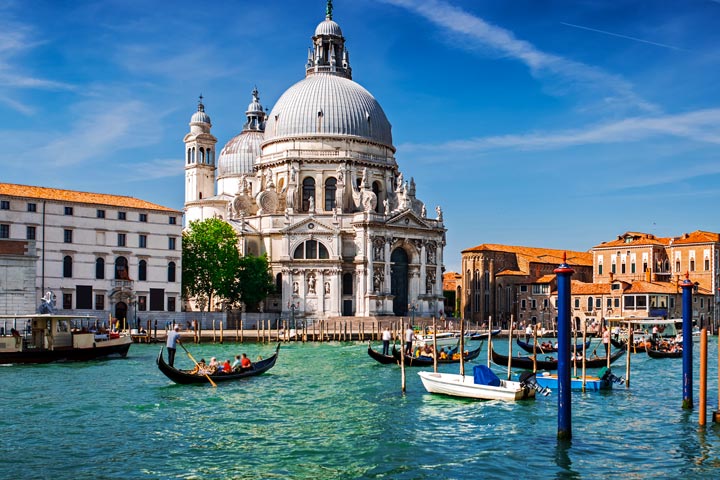 What to see at Santa Maria della Salute

The beautiful white stone basilica stands at the opening of Venice’s Grand Canal, its domes and statues catching the eye of anyone who passes by.

Inside, the Salute is flooded with natural light. The elaborate Baroque altar and intricate mosaic flooring add to the exquisite setting. Don’t miss visiting the sacristy, home to a collection of unique masterpieces, including Titian’s famous The Descent of the Holy Spirit (1546).

The building was designed by Baldassare Longhena, a great Venetian architect responsible for introducing the Baroque style to the city. Santa Maria della Salute was his most notable work, with his design chosen from 11 submissions. It was commissioned to celebrate the Virgin Mary’s deliverance of the people from the plague and to host the annual Festa della Salute (Feast of Health).

The basilica is built on firm foundations; over a million wooden pieces were sunk to support it, at great expense during a time of financial crisis in Venice. The façade is made from striking white stone, reflecting the Italian sunlight and casting shadows among its recesses, enhancing the appearance of the statues.

The Salute’s façade is recognisable as a triumphal arch, an ancient architectural form seen across Italy and Europe, representing Mary’s triumphs over sin and plague. The detail and realistic statues on the basilica are characteristic of Baroque architecture, for which Longhena is famous.

The high, semi-circular dome stands out among the city’s historic skyline. The Salute’s dome is surrounded by more statues of the Apostles – spend some time admiring the church’s architecture before heading inside.

The interiors of Santa Maria della Salute reflect Byzantine traditions, starting at its striking octagonal shape. Eight chapels radiate from the centre, while three altars are decorated with scenes from the life of the Virgin Mary by Luca Giordano. Another altar displays a painting by Titian called The Descent of the Holy Ghost.

This sacred space inside the Salute is home to an altarpiece painted by Titian: St. Mark Enthroned with Saints Cosmas, Damian, Sebastian and Roch (1510).

The sacristy is one of the basilica’s rarest treasures, containing several paintings by the legendary artist and a large canvas by Tintoretto, The Wedding at Cana (1561). It’s one of the best places in the city to see Venetian masterpieces.

Today, the Salute is one of Venice’s most significant religious buildings, but its story started in 1631. The basilica was built to celebrate the end of a terrible plague in Venice, hence its name, which translates to ‘Saint Mary of Health’.

Longhena’s design was chosen from several other applications. Longhena was also responsible for other Venitian Baroque buildings, including churches like Chiesa dell’Ospedaletto and Santa Maria di Nazareth.

The plague and the Festa della Madonna della Salute

Visiting Venice towards the end of November? You’ll be able to enjoy one of the city’s best-loved celebrations centred around the Salute: The Festa della Madonna della Salute (the Festival of the Madonna of Health)!

Every year on the 21st of November, Venetians celebrate the anniversary of the end of the devastating plague of 1929 – 1931. The plague killed 46,000 people, including the then Doge of Venice and his family members.

When no medicine worked, the Doge and the city Senate decided to ask the Virgin Mary for help. They organised a three-day procession around Piazza San Marco. The people lit torches and promised the Madonna to build a temple in her honour if she saved them from the plague.

A week later, cases started to drop, and the city was declared free from the disease in 1931. 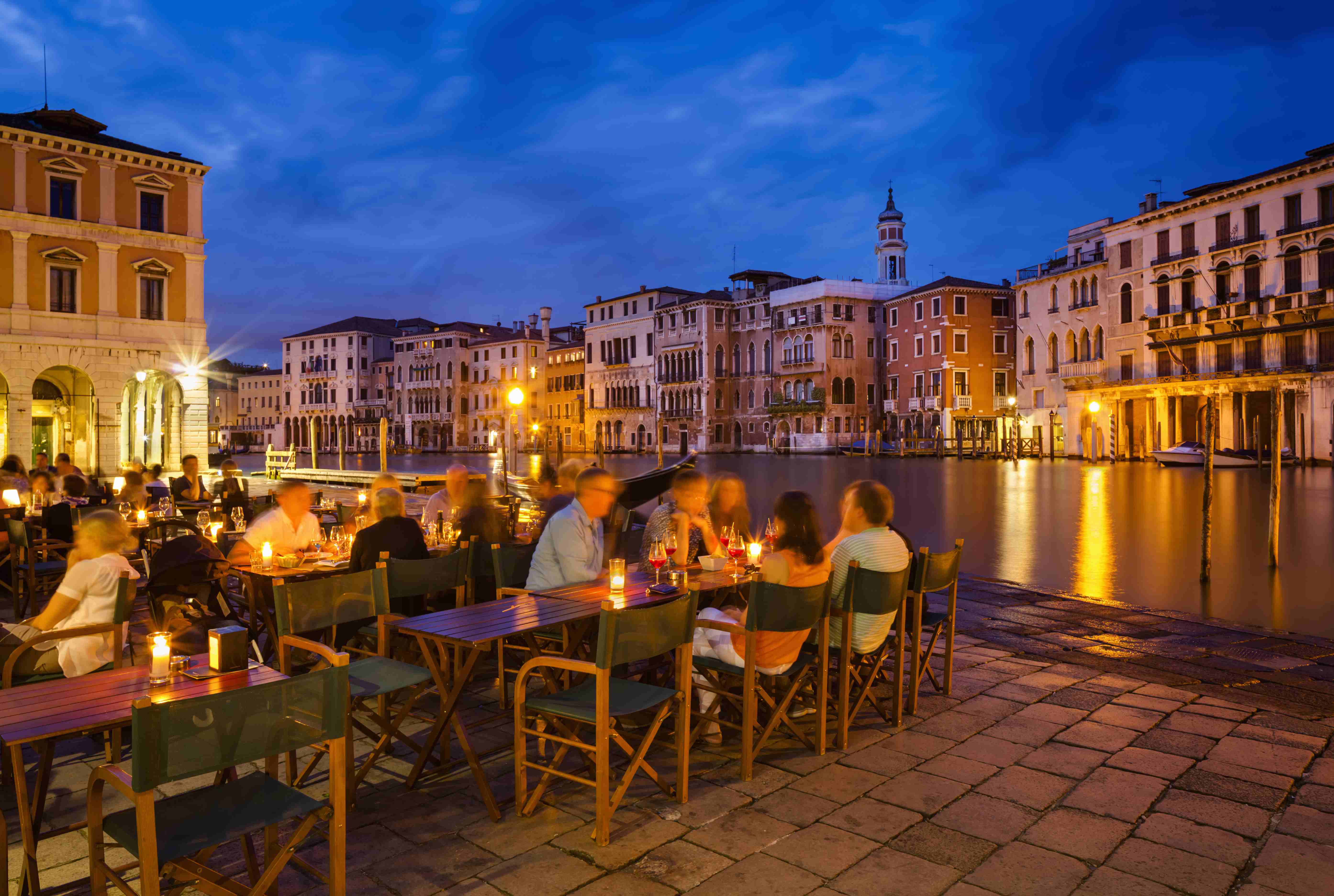 Santa Maria della Salute sits in Dorsoduro, Venice’s university district. As you might expect, it’s a vibrant area with lots of fuss-free eateries serving up some of the best food in Venice. Not to mention plenty of buzzy, local-favourite bars and unique shops. Make the most of your visit to the Salute by spending an entire day in Dorsoduro!

Dorsoduro restaurants are spread along the beautiful canal and internal streets. Some of the best include:

Fancy a cocktail or a quick aperitivo before dinner? There are many lively and laid-back bars in Dorsoduro waiting to welcome you:

If you want to enjoy a spot of shopping in Dorsoduro, you won’t be disappointed. Shop for traditional Venetian glass and carnival wear from many unique stores in the area. Cà Macana claims to make the best classic carnival masks in Venice; the quality is so beautiful that these masks have been used in several Hollywood films! You could even attend a workshop and make your own mask. Browse around the area and discover plenty more Venetian gems.

Entry is free – Good news if you’re planning a budget trip to Venice! If you want to go inside the sacristy, the jewel of the Salute, you’ll need to pay a €4 fee, or €2 if you’re a student.