Just a stone’s throw away from Duomo di Milano (Milan’s Cathedral), one of the city’s most well-known landmarks, lies a remarkable hidden gem.

Santa Maria Presso San Satiro might look like your average historic church on the outside, but once you pass its threshold, you’ll witness a stroke of architectural genius. The church interior is an optical illusion. What appears to be a large apse is, in fact, a painting designed to deceive the eye.

Sitting so close to the Duomo means plenty of ways to reach Santa Maria Presso San Satiro. If you find yourself nearby an M1 or M3 Metro line, step off at Duomo, and the church is only a short walk away. Alternatively, choose between the 2, 3 or 14 tram lines, all of which will take you to Santa Maria church.

The best part of travelling by public transport in Milan is that it’s both efficient and affordable. A single ticket only costs €2 and will get you anywhere within the city’s Mi1, Mi2 and Mi3 areas. Valid for 90 minutes, this ticket allows you to switch metro lines as much as you need within the time frame, but once you leave the station, you’ll need a new one for when you travel next.

If you’ve got a jam-packed itinerary, we’d recommend taking advantage of Milan’s travel cards. There are plenty to choose from, but the ones visitors will find most useful are the €4.50 24-hour card or €8.25 48-hour option. Buy one of these, and you can hop onto Milan’s public transport as many times as you’d like within the space of 24 or 48 hours. 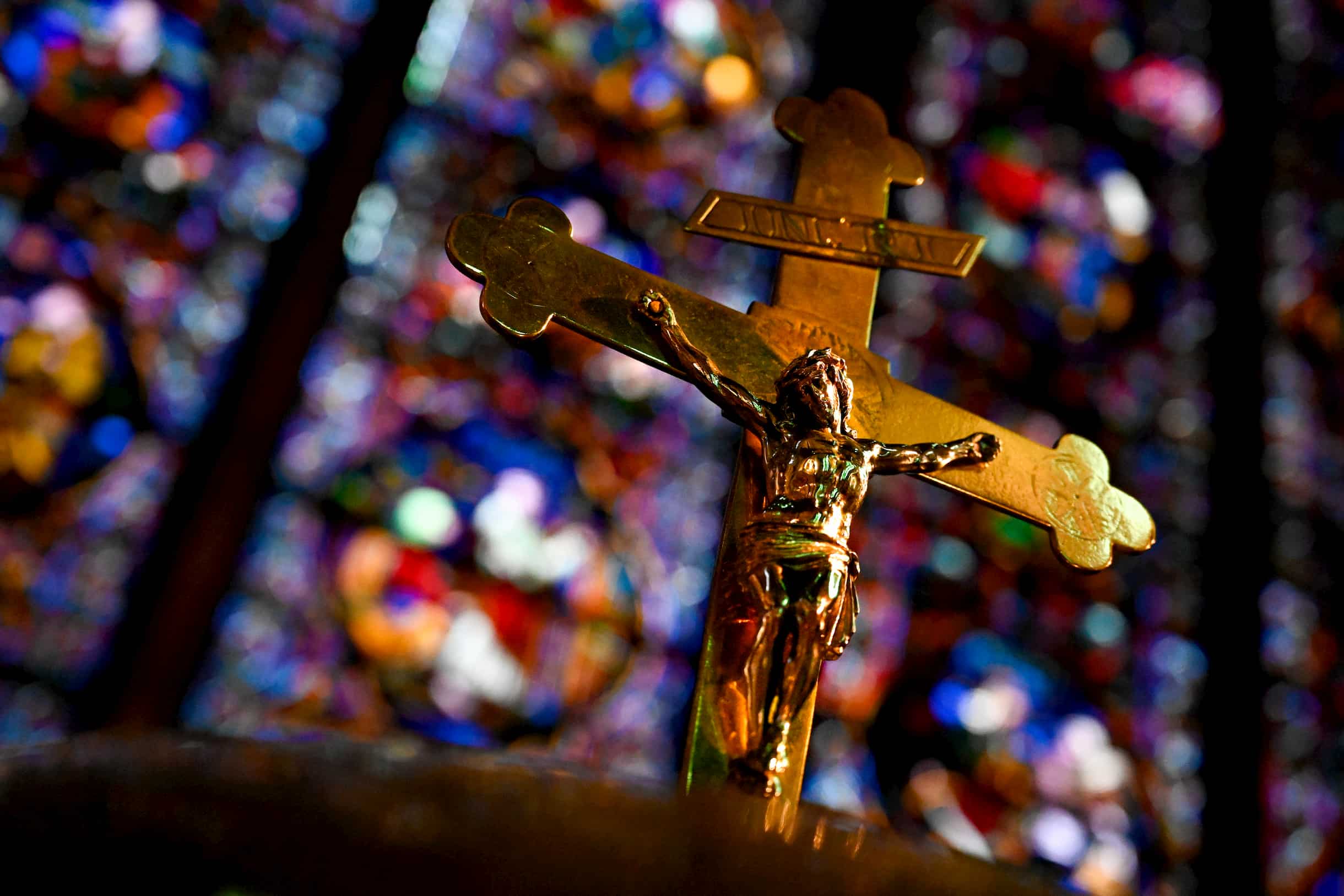 It may not have been at the top of your sightseeing list, but trust us, it’s worth visiting Santa Maria Presso San Satiro. What makes this church such a fantastic destination is its faux apse, which makes a relatively small space appear vast and grand. It creates such a convincing optical illusion that you’ll only realise the back wall has been painted until you reach the altar.

But what made the architect want to turn this church into an optical illusion? To find out, let’s delve into the history of Santa Maria Presso San Satiro.

Each aspect of this church has been carefully considered from the very beginning, even the location itself. During the 4th century, Archbishop Ansperus decided to build a place of worship here. It was the site of an early-medieval shrine, and the new building was dedicated to the brother of the patron saint of Milan, Saint Ambrose.

The place of worship was little more than a small chapel for centuries. That is until the 15th century when Milan’s rulers, Duchess Bona di Savoia and Duke Gian Galeazzo Sforza, decided that a grander church needed to be built.

Donato Bramante, a renaissance artist, constructed the new church from 1478 to 1483. Designed to safeguard a votive painting of the Madonna with Child, his original plans featured a Latin cross structure with an apse at the back of the church. But construction was far from smooth sailing.

Halfway through the build, Bramante was sent a letter from the city administration, forbidding him from taking over the road behind the property as planned. This meant that he was left without enough space for his ambitiously grand apse, a vital part of the overall design.

Rather than abandoning his plans, Bramante persevered and created the illusion of a 10-meter apse. The faux perspective apse measures 97cm deep; the painting is considered a stroke of architectural genius.

The exterior adds to the element of surprise, as it looks like any other small Milanese church. Inside, everything changes.

Today, the church has understandably become a tourist spot, where visitors are dazzled by Bramante’s hyper-realistic optical illusion.

The best view of the church is at the rear, between via Falcone and via Speronari. Here you’ll find the original San Satiro chape, which is much older than the main church, complete with historical turrets and terracotta adornments. You can admire the building away from the crowds at the main entrance.

Santa Maria Presso San Satiro lies in a central part of Milan and is surrounded by the city’s most beloved landmarks. Not just Duomo di Milano; Palazzo Reale (The Royal Palace), Galleria Vittorio Emanuele II, Teatro alla Scala and Piazza Mercanti (The Merchant’s Square) are all a stone’s throw away! That’s right, most of Milan’s landmarks are within walking distance of Santa Maria Presso San Satiro, but what else can you find nearby? 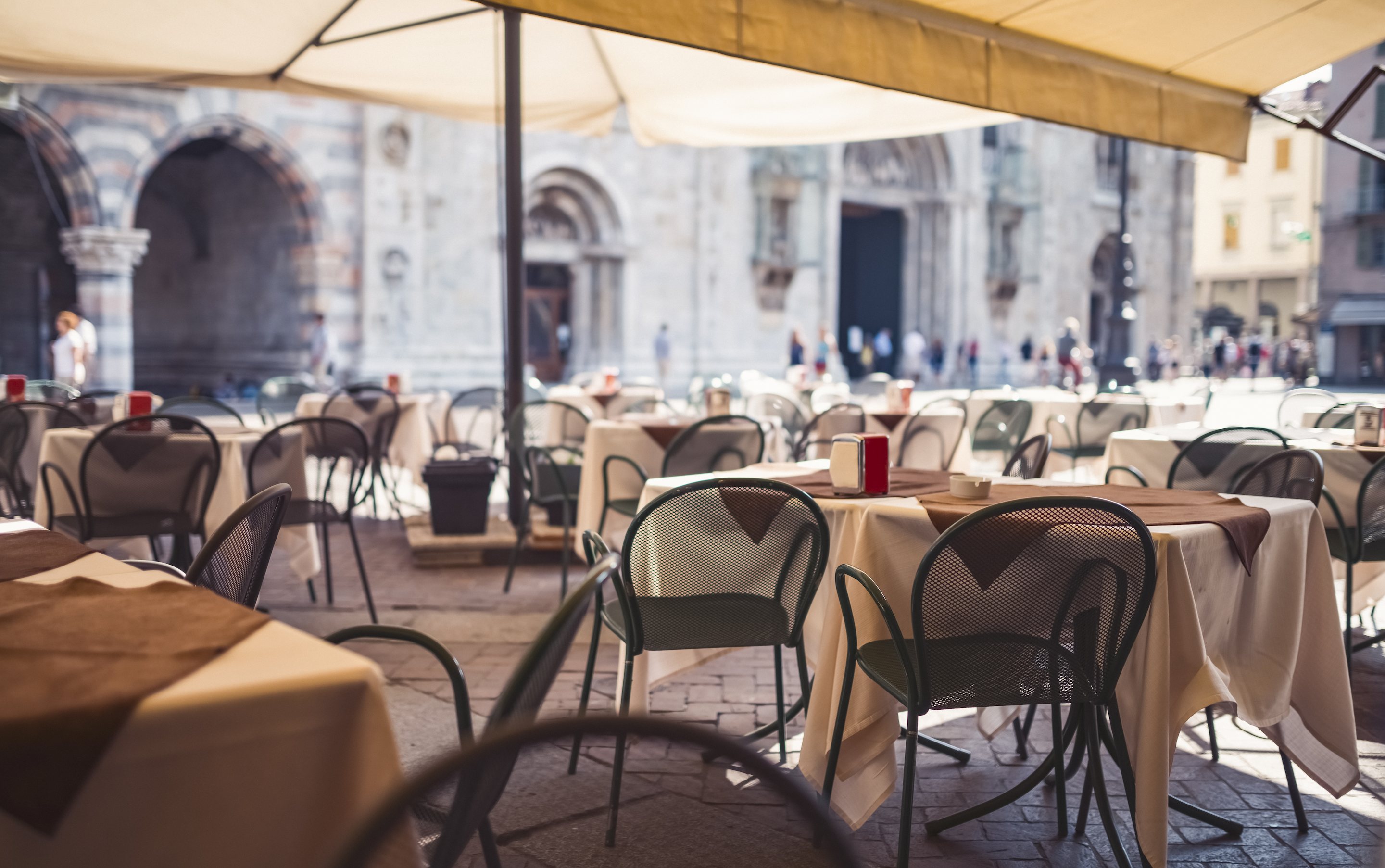 When thinking of Italy, we often think of world-class cuisine. Expect nothing less in the very heart of Milan, where Santa Maria Presso San Satiro is located. Here are some of our favourite restaurants in Mi1.

As you’d expect from a landmark set in Mi1, there’s no shortage of bars surrounding Santa Maria Presso San Satiro. 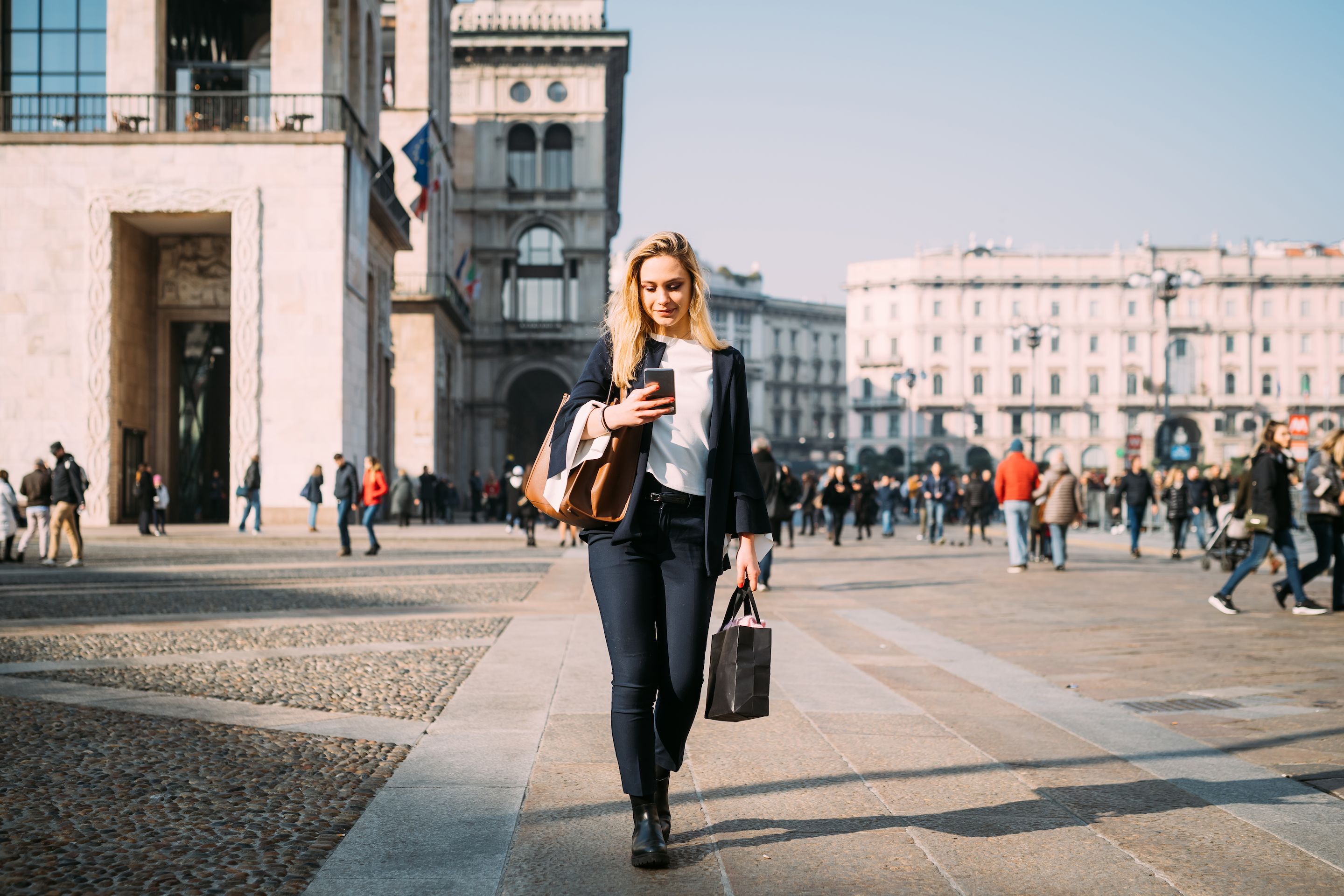 You can easily visit Santa Maria Presso San Satiro before you set off for some retail therapy. It’s right next to some of Milan’s best shopping spots!

Visit one of Milan’s very best hidden gems for free! Unlike many of Milan’s tourist hotspots, admission is free for children and adults, making this a great way of seeing the sights whilst keeping costs low.

Open seven days a week, you can visit Santa Maria Presso San Satiro no matter what days you’re staying in Milan. Monday to Saturday, the church is open between 09:30 and 17:30, whilst the doors are only available in the afternoon on Sundays, from 14:00 to 17:30.