LEEDS TO LONDON KING'S CROSS - this is it - the final one.

WIN one of three prizes - all of them have travelled on the historic last LNER InterCity 125 railtour for all legs – from 18-21st December 2019!

2. A copy of the reprint of the British Rail Corporate Identity Manual, of the same run used by the teams at LNER, Wabtec and Heritage Painting at Craigentinny Depot to repaint the train correctly, signed by Wallace Henning who created it.

3. An original “I can travel at 125mph” Intercity 125 pin badge produced for the original train launch.

Inverness to Edinburgh– via Perth and Stirling

Good afternoon! Today we are on the Highland Chieftain LNER Inter-City 125 Farewell Tour. We’re heading up over the highest part of Network Rail’s system - then down through Perth and Stirling into Edinburgh. Less blogging from me today as I’m going through the train interviewing folks for #125HSTmemories.

We'll be soon launching a FREE PRIZE DRAW! To win one of:
1. A Hornby InterCity 125 HST from about 1981 that has been with us on all legs of the tour – and will be playing a special part in proceedings over the next couple of days
2. A copy of the GREAT “British Rail Corporate Identity Manual” as reprinted in all its glory by Wallace Henning
3. An original “I CAN TRAVEL AT 125mph” Inter-City 125 pin badge that was created for the launch of BR East Coast 125 services all those years ago.

Details of how to enter, coming tonight. Meanwhile… here’s a view from just now.
Travel by train! 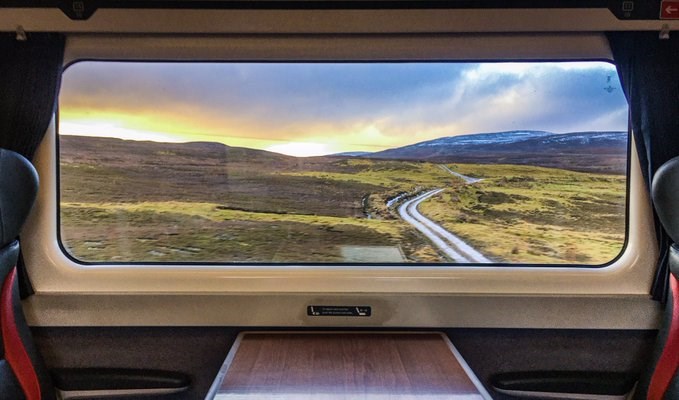 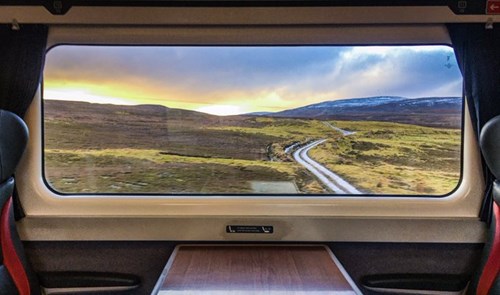 A quick update from the platforms - and a special video from aboard the new Caledonian Sleeper, showing its rather swanky new Lounge Car too. View it in your browser here!

Edinburgh to Inverness – via Aberdeen and unusually, the special “over the top” route via Elgin

15:31 - City Guide to Inverness - and Trains in Scotland info too

If you're travelling with us today, you might find the Trainline Guide to Inverness useful tonight!

Or, of course, if you're inspired to visit Scotland - maybe you'd like full info on our Trains in Scotland pages.

Well, here we go. A brief stop off in Aberdeen for some photos - and now we're off to Inverness via Elgin! The Inter-City 125 HST train didn't normally do this in service, so it's a little bit of a special trip.

Another window shot from me looking inland as we pass Montrose Basin. Unfortunately we weren't able to get the GoPro in the cab over the Forth and Tay bridges for logistical reasons - but we're aiming to get it sorted for Aberdeen - as we head on to Inverness "Over the top".

It’s our first proper stop at a station en route – we didn’t get time to stop off at Dundee (such is the nature of chartered railtours!) – so a chance to hop off with a passenger who’s a friend of mine, John Kerr. Arbroath is John’s home: he runs Kerr’s Miniature Railway which trundles alongside the main line. John’s father ran it before him, and his grandfather before him. John’s father, Matthew Kerr, has a memorial plaque on the station, so we nipped over to see it and have a bit of a reminisce.

Update! Here’s a photo of a 125 HST passing Kerr’s Miniature Railway back in BR days.

Just grabbed this snap as we went over the Tay Bridge - which is Britain's longest rail bridge! Astonishingly beautiful views from both sides up and down the Firth of Tay.

Following the 09:46 departure we've now settled down and taken our seats. Here's a quick view of the front of the train at Edinburgh Waverley - just before we started. There's an absolute scrum of rail enthusiasts, staff and intrigued bystanders. And of course, the obligatory bagpiper.

This incredible. For the first time since the early 1980s, a complete InterCity 125 in original British Rail livery is taking passengers on the main line. This is entirely down to the sterling – and generous – efforts of dozens of LNER staff and associates who have gone above and beyond to create a very special goodbye to a train synonymous with their routes. As I post this we've just headed over the Forth Rail Bridge. 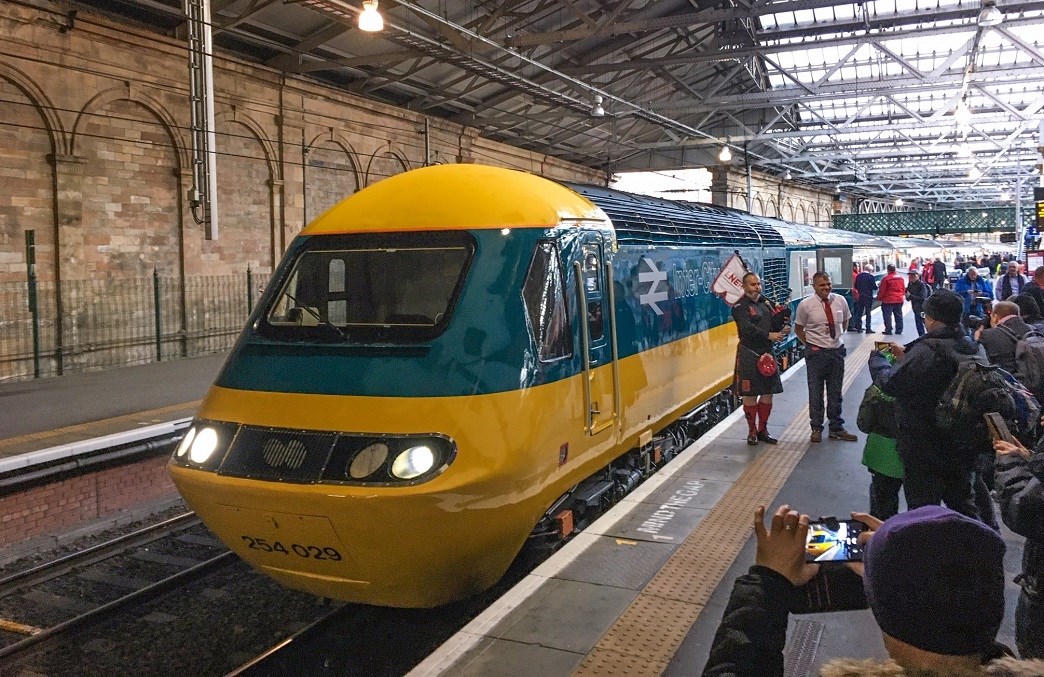 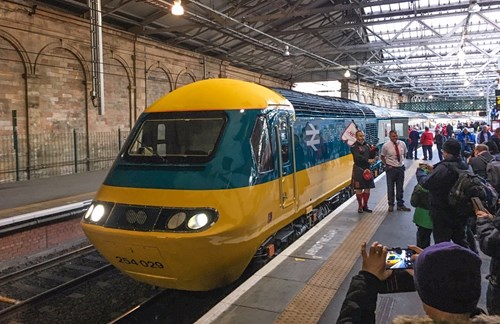 Full train timings for this chartered train service can be found here.

Expect lots of pictures and stories from aboard and on the platforms - and a few surprises along the way!