Staycations are all the rage this year and the UK has so many great cities to explore by train. Booking train tickets in advance can save you an average of 61% compared to buying on the day - and when you combine that with a Railcard, GroupSave discounts or our shiny new split tickets feature, you'll have an Easter to remember without breaking the bank.

We've picked out five great UK cities for an Easter break, all of which come alive in spring. Whether you're taking the kids away, going on a romantic getaway or travelling solo, these spots have something for everybody. 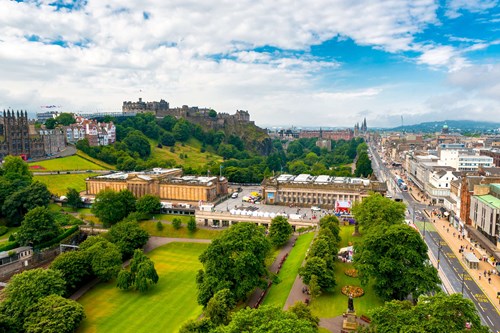 Spring in Edinburgh is visible as soon as you step out at Edinburgh Waverley Station - the adjacent Princes Street Gardens will be in full bloom. There are fewer tourists in springtime compared to the hectic summer months, so you can enjoy Scotland's capital city at a calmer pace.

If you're travelling with kids, visit the Edinburgh International Science Festival in April for fun & educational shows, events and displays. It's on from the 4th-19th of April. Slightly after Easter (but no less reason to visit) is the International Children’s Festival, running from 20th-31st of May. The Festival boasts a calendar filled to the brim with interactive, child-friendly artistic performances. Or, celebrate Scotland's 'water of life' with World Whisky Day on Saturday 16th May. Not quite one for the kids! 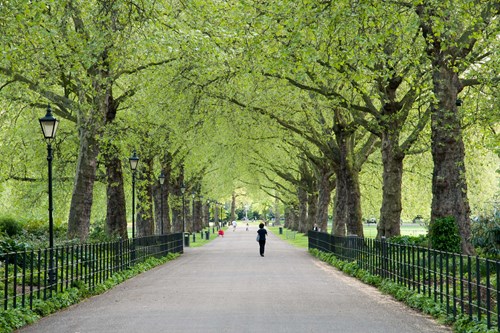 Spring is a lovely time to be in London - there's just so much going on. Kick start your trip with a brew at the London Coffee Festival, on from 2nd-5th of April before having a cheap day out visiting London's top spots, including Parliament Square, Buckingham Palace and the Southbank.

It may not be full-on sunbathing weather, but the milder temps are ideal for exploring London’s parks. Hyde Park and Regent's Park are popular with tourists, so if you're after something off the beaten track, head south to the likes of Battersea Park or Clapham Common. Hidden away in Battersea Park is an interactive children's zoo, where the kids can feed the meerkats, emus and donkeys! Kids will also love the scavenger hunt at the Natural History Museum on 27th March, where they'll hunt for treasures in the museum by solving cryptic clues. 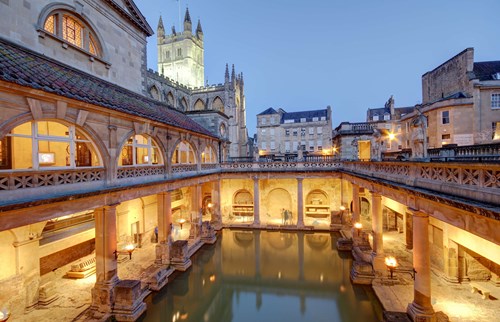 Bath is one of England’s prettiest cities, so it’s no wonder it is one of our favourite destinations. This picturesque city comes alive in spring, with a variety of big calendar events.

Start a trip to Bath with a visit to the famed Roman Baths. They're open across the Easter weekend until 8pm. Enjoy live music, entertainment and a prosecco bar in beautiful torchlit surroundings. The Bath Comedy Festival (31st March-19th April) also spans the Easter Weekend, with a full calendar of comedy performances across a number of venues.

Things really kick off at Party in the City, a free event sees the city come alive with over 2,000 performers at 30+ venues. This year it'll happen on Friday 15th May, quickly followed by the Bath Festival – a week that celebrates words, music and literature. All this, and then you might find some time to do a spot of shopping in some of the city's independent outlets. 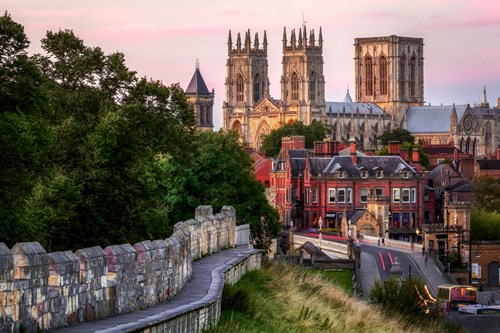 City breaks don’t come more relaxed than a trip to York. Thanks to its almost car-free city centre, strolling through its winding streets is as peaceful as it gets. Visit before the peak summer months, and even this medieval city’s big attractions are fairly tourist-free.

Chocoholics, look away now - the York Chocolate Festival is taking place across the Easter Weekend, from 9th-13th of April. The Shambles Market and Parliament Street will be full of chocolatiers' stalls - good luck resisting temptation! If you can still walk after all that chocolate, follow the city walls towards the magnificent York Minister for a taste of Gothic history.

Visit just before Easter to catch the York Literature Festival, taking place from 18th-29th of March. The city will host over 50 events, celebrating the written and spoken word with talks from novelists, radio journalists and newspaper columnists.

Newcastle's no stranger to partying and shopping, making it a top Easter Weekend break location. This city is definitely the place to let your hair down for a few days, with a huge variety of bars, cheap-eat restaurants and craft beer establishments. If you're looking for something more suitable for the young'uns, The Wizard of Oz Pantomime at the Tyne Theatre & Opera House is ideal! It's a perfect Easter Sunday activity for the kids.

For a more cultural break, visit the Great North Museum to see a variety of exhibitions, including a virtual Hadrian’s Wall (the real one isn’t too hard to get to from Newcastle either!) or see contemporary art at BALTIC free of charge.