Meet Chris Osburn (also known as TikiChris!) a London local and helping us to plan a perfect 3 days authentic getaway in London… 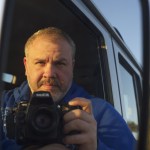 Welcome to London! I love living here and am happy to share a few recs on making the most of your time in this amazing city. In particular, London’s food and drink scene is a definite draw for me and is highlighted prominently in my suggestions for your three-day trip. But there’s so much more to London than great places to eat and drink and there’s certainly plenty to do between each fabulous meal.

Let’s assume you’re starting your three-day visit with an arrival at London Euston Station late in the day on a Friday and not in any urgent need to eat immediately, and returning back home on Sunday afternoon or early evening from London King’s Cross St Pancras. But please don’t worry if that’s not the case as the vast majority of my suggestions are good for any day of the week. And if you are hungry, there’s a good range of restaurants, cafes and shops clustered around Euston (and King’s Cross for that matter).

First things first, you need to sort out how you’re going to get around town. Black cabs or minicabs are handy options if you can’t bother with public transport. Just keep in mind that – with London traffic – it’s often quicker and always cheaper to take the Tube or even hop on a bus.

Wherever you’re heading from Euston, you’re apt to get there quickly. The station is connected to a number of lines on the London Underground, making it well situated for easy access to most of London. It’s also just a short walk from a handful of other Tube stations too, including Euston Square, Warren Street, and King’s Cross St Pancras.

Keen to stretch your legs and see some sights? The Wellcome Collection and the British Library are hardly more than a few steps away. Not too much farther is the British Museum. And the cool thing about these places – not to mention most cultural institutions in London – is that you can visit them free of charge (except for special exhibitions). From Euston, you’re also super close to Regent’s Park (home of Zoo London).

Popular shopping and nightlife areas, such as Camden Town, Covent Garden, and Soho are just a couple of Tube stops from Euston. For your first evening, I recommend a night on the town in bustling Soho. Here you can experience some of London’s best dining (from cheap and cheerful to haut cuisine), an equally dynamic range of shopping options, and the city’s most celebrated nightlife.

Good morning! And to be sure spending a leisurely Saturday morning in London is a good thing indeed. Start yoru second day with a foodie jaunt south of the river at three of London’s yummiest food markets: Druid Street, Maltby Street, and Borough Market.

I suggest commencing east at Druid or Maltby (the markets are right next to each other) and then heading west to Borough. From there, stroll along the Thames toward Southbank, taking in the sites and major attractions such as Tate Modern with its recently opened new wing, Shakespeare’s Globe, OXO Tower, and the London Eye. Be wise and book ahead to avoid disappointment at the Globe and the London Eye. Alternatively, you could go east and walk to nearby attractions Tower Bridge and the Tower of London (same book ahead advice goes for the Tower).

For an indulgent breakfast, try one of the infamously scrumptious doughnuts from St John Bakery at Maltby Street. A hearty lunch at Borough might be a meaty meal at Gourmet Goat inside the market or at Roast restaurant set loftily above the market (Roast’s wagyu beef burger is perhaps the most satisfying burger in London), but there are plenty of veggie options and food from around the world to consider.

When the weather’s nice, walking around London is one of my favourite things to do. From Southbank, it’s a cinch to carry on (by foot or by bus) to the Houses of Parliament and Big Ben, Westminster Abbey and even Buckingham Palace. Need to rest your feet? You’re near beautiful St James’s Park (look for the pelicans on the island in its pond) and Green Park, with Hyde Park just a short stretch farther on.

End your day admiring the view from one of London’s popular high-rise restaurants and bars. Some 40 or so stories up, Duck & Waffle gets my vote for top-notch vistas and nosh. It’s a 24-hour restaurant too – a rare find in London, believe it or not. Other wining and dining destinations on high include Hutong at The Shard, The Sky Garden atop 40 Fenchurch Street and Galvin at Windows at the top floor of the Hilton on Park Lane.

Should you still crave more action, venture back to Soho or eastward to Shoreditch for frivolity that lasts into the wee hours of the next day.

For your third and final day I’m going to give you two options: exploring more street markets or indulging in a mega-brunch.

If you didn’t get enough of yesterday’s street markets, make your way to the East End for Old Spitalfields Market, Brick Lane, and the colourful Columbia Road Flower Market. Sunday is the big day for these markets, owning to its Jewish immigrant past (when all the other markets were active on Saturday, the Jewish community observed its Sabbath and took to the market on Sunday instead). Here you can engage in London old and new – weaving in and out of what seems like the set of a Victorian Era period drama to scenes that are as 21st century contemporary as anywhere in the world.

No more walking? Okay. Okay. Settle in to a luxurious brunch until its time to head back home. The most delicious brunches in my opinion are served at in the Mirror Room at the Rosewood, at Roux at the Landau (at the Langham hotel), and at Daisy Green (a far more affordable choice than the other two) near Marble Arch.
However, if you’re just looking for a low key, inexpensive bite before boarding your train at King’s Cross, consider grabbing a bite at Pizza Union (for, yep, you guessed it – pizza!) just a minute’s walk from the station or at Kiosk (for hot roast meat sandwiches) located inside the station.

Like Euston, King’s Cross is well connected and centrally located. If you get to King’s Cross with time to kill you’ll find it and its sister station St Pancras to be attractive places worthy of a look-see in and of themselves with a wealth of cafes, pubs, and bars nearby.