SBB trains make it easy to explore Switzerland by train. We’ve picked out our top five day trips from Bern, all accessible by high-speed and regional trains. 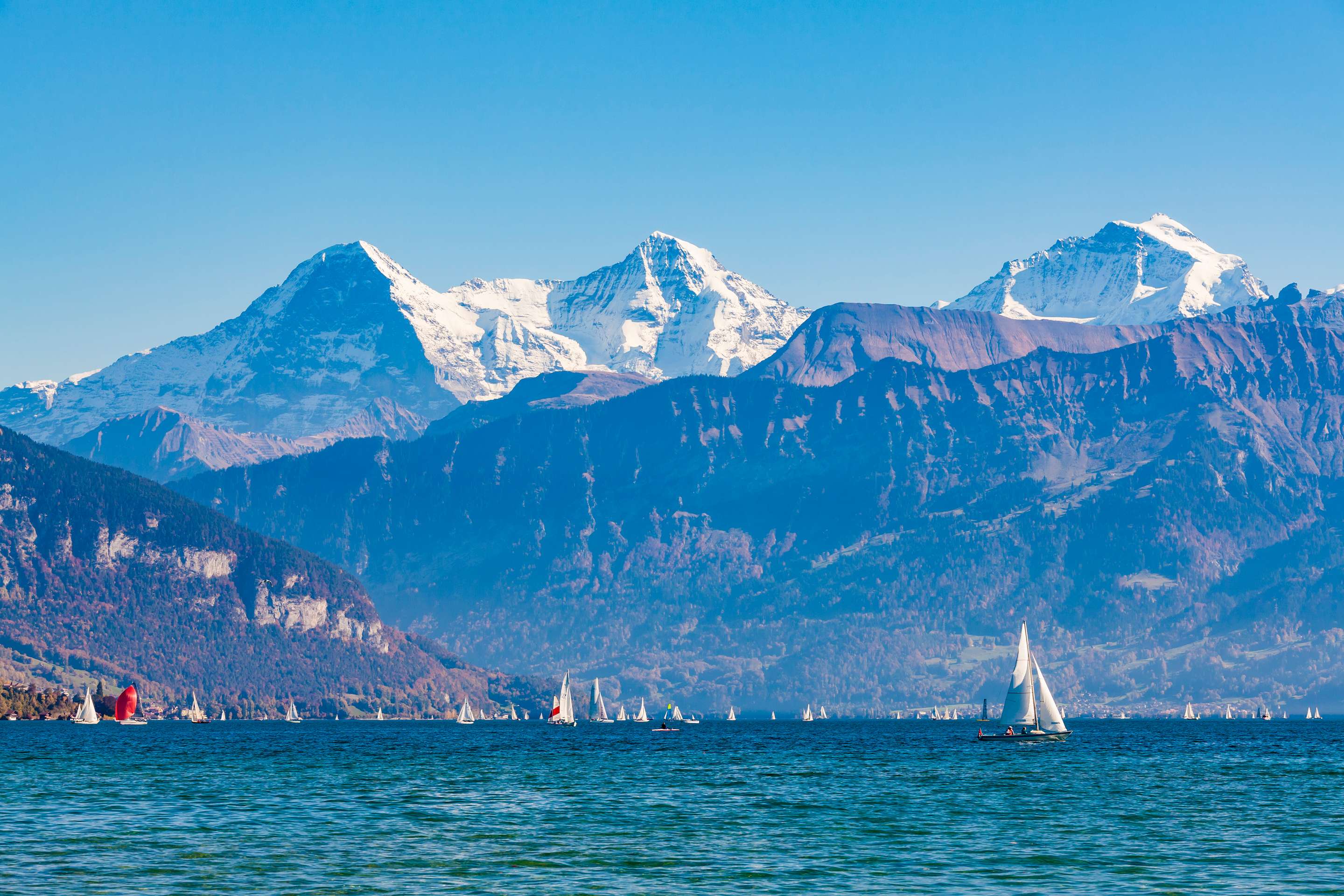 Interlaken is a beautiful part of Switzerland, characterised by its castles and mountain lakes. It sits between Lake Thun to the west and Lake Brienz to the east. You can travel from Bern to Interlaken in 54 minutes on a direct Eurocity or Intercity service. The railway line runs along the southern shore of Lake Thun, offering scenic views from your train window.

Despite its relatively small population of around 5,600, Interlaken has two train stations. The smaller Interlaken West train station is close to Lake Thun and the Heimwehfluh hill.

You can explore Lake Thun with the nostalgic paddle steamer, Blümlisalp. You’ll get a great view of the five lakeside castles, each one looking as if it came straight from a fairy-tale. Once you’re back on land, take a ride up the Heimwehfluh hill on the funicular. This historic train – dating back to 1906 – will take you 680m above sea level to the top of Heimwehfluh. There, you’ll find a hill-top restaurant and viewing gallery, as well as a bobsleigh track!

If you want to explore Lake Brienz, catch a train to Interlaken-Ost train station. You can explore the lake on the Lötschberg saloon steamer while taking in panoramic views of the Emmental and the Bernese Alps.

While Zurich is known primarily as a financial hub, the city is full of high-quality museums and galleries. You’ll also be able to explore the majestic Lake Zurich. The train from Bern to Zurich takes just 56m on the fastest Intercity services.

Arriving at Zurich Central station, you will immediately come across the castle-like building of the Swiss National Museum. If it’s sunny, have lunch in the museum park, which sits on a peninsula between the Sihl and Limmat rivers.

The churches in the Old Town are well worth a visit. Fraumünster church dates back to 853AD and includes five beautiful stained-glass windows designed by artist Marc Chagall. The nearby St. Peter’s church can lay claim to having the largest clock face in Europe, with a diameter of 8.64m.

Once you’ve arrived at Lake Zurich, the Museum Rietberg offers the opportunity to enjoy non-European art in the pleasant atmosphere of a villa. You can enjoy the lake itself along one of the promenades or on one of the excursion boats. Two old paddle steamers – the Stadt Zürich and Stadt Rapperswil – traverse the lake throughout the day and make for a fun activity.

A train journey to Lucerne takes you to the idyllic Lake Lucerne. Direct trains cover the Bern-Lucerne route in 1h 1min.

As soon as you arrive at Lucerne train station, head to the nearby Modern Art Museum. This museum houses 550 years of Swiss art and looks out on to the lake. Continue on the museum trail by visiting the Bourbaki Panorama. There you’ll find a breath-taking 114-m long panoramic painting of the Franco-Prussian War, painted in 1881.

Before exploring Lake Lucerne, make sure you cross the historic Chapel Bridge. Dating back to the 1300s, this iconic wooden footbridge is decked with triangular murals which span across the ceiling beams. It’s a favourite with visitors, locals and history geeks! Finally, be sure to hop on a boat cruise across Lake Lucerne. 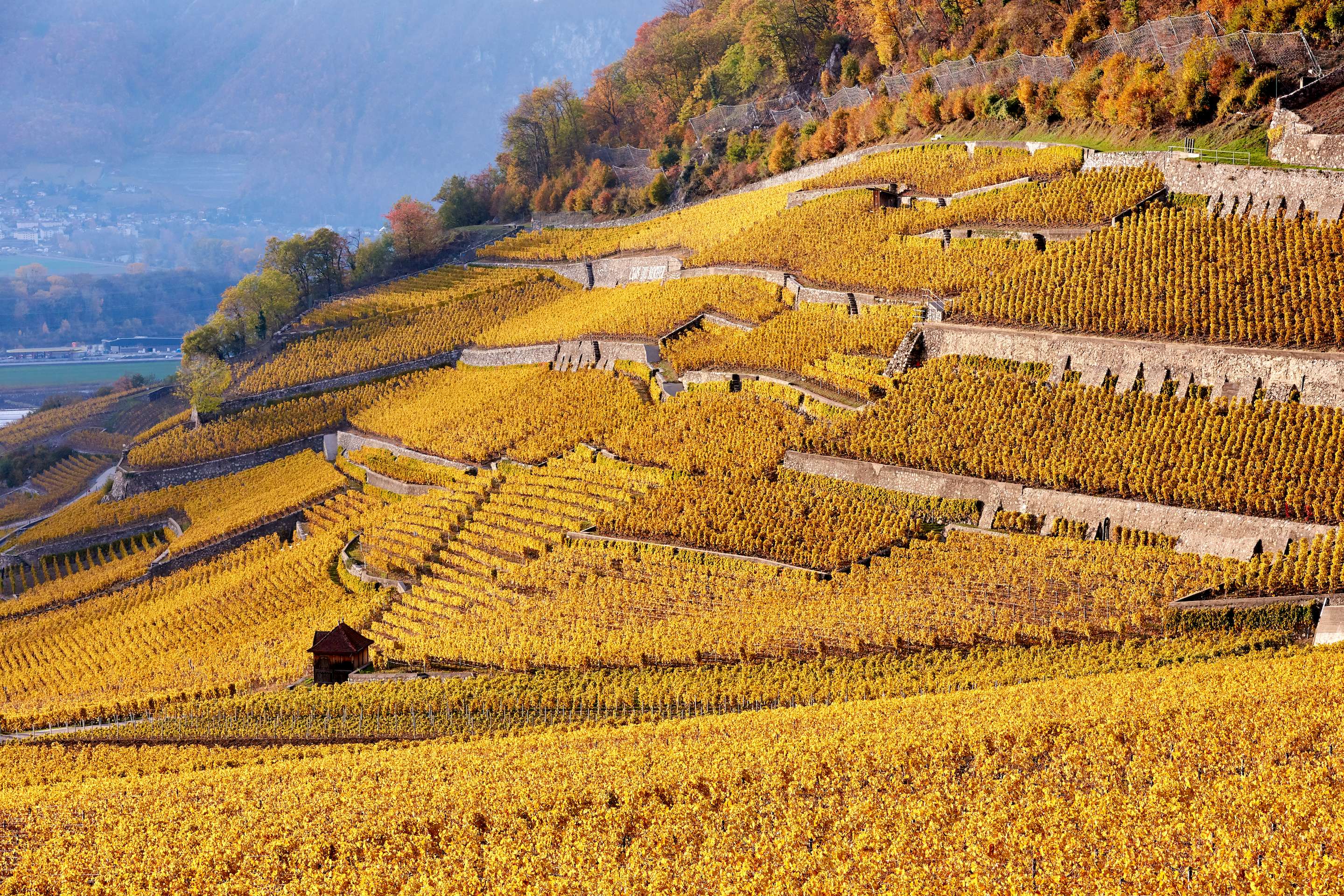 The train ride to the French-speaking Olympic city of Lausanne takes just over an hour. An IC covers the Bern-Lausanne route in 1h 6min.

The International Olympic Committee (IOC) is based in Lausanne, which earned the city the nickname Olympic Capital. One of the city’s most beloved attractions is the Olympic Museum, which shows original objects from successful Olympians. The Musee de l'Elysée presents photographs by famous photographers such as Robert Capa and René Burri, while the AQUATIS Aquarium-Vivarium Lausanne offers an insight into the world of freshwater fish.

Nature-lovers should take the opportunity to enjoy the view of Lake Geneva on walks along the Lavaux terraces. These vineyard terraces have been a UNESCO World Heritage Site since 2007. 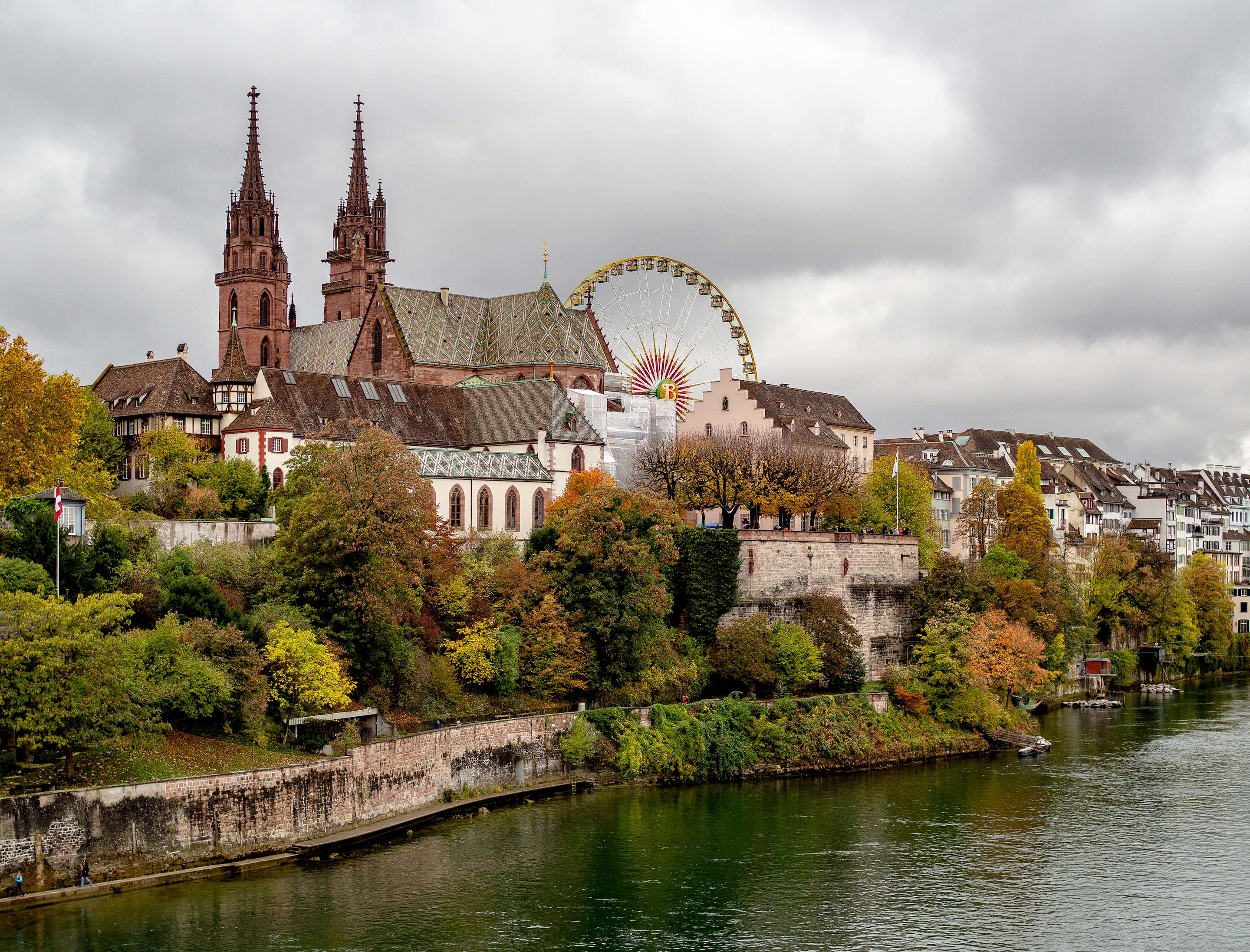 The city of Basel impresses with a well-kept old town and a wide range of art. Intercity trains will get you to Basel in 53m. Arriving into Basel SBB station take a moment to appreciate the vast concourse from 1907. From here, Basel Zoo is just a few minutes away. Although not particularly large in terms of area, the oldest Swiss zoo became known throughout Europe for its breeding successes with rhinos and pygmy hippos. Well worth a visit!

There are around 40 sites of cultural and historical significance in Basel, so plenty to choose from. The most famous museums include the Kunstmuseum Basel and the Tinguely Museum. In the old town, the Basel Minster towers over the sea of ​​houses with its colourful roof tiles. The reddish sandstone of the cathedral can also be found in the old town hall on the market square. This impresses with its richly structured facade and its striking tower.

Basel’s old city gates are also stunning pieces of early-modern architecture, especially the Gate of Spalen. The outstanding cultural significance of Basel becomes apparent when visitors flock to the city for the Basel Carnival. This traditional event only starts on Monday after Ash Wednesday, when peace has long since returned to other carnival cities.

With the fast direct connections offered by SBB trains, it’s easy to explore Switzerland from Bern. Whether you’re after a lake cruise, museum tour or simply a stroll along a lakeside promenade, you’ll be able to get there without fuss on the train. For more information on the Swiss rail network, check out our trains in Switzerland page.